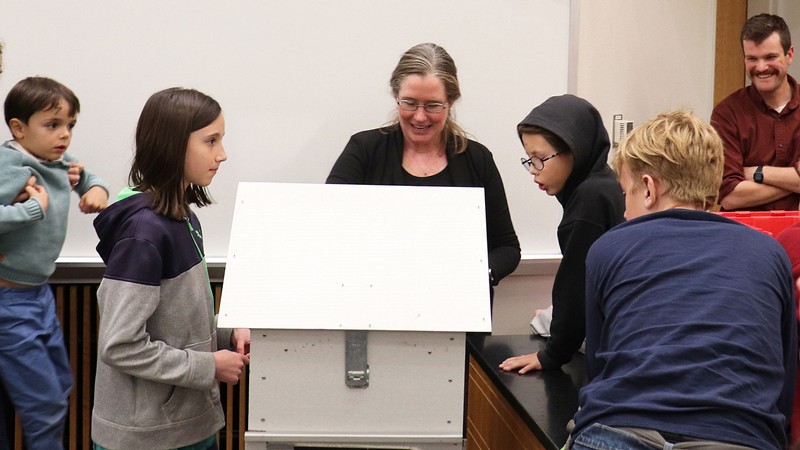 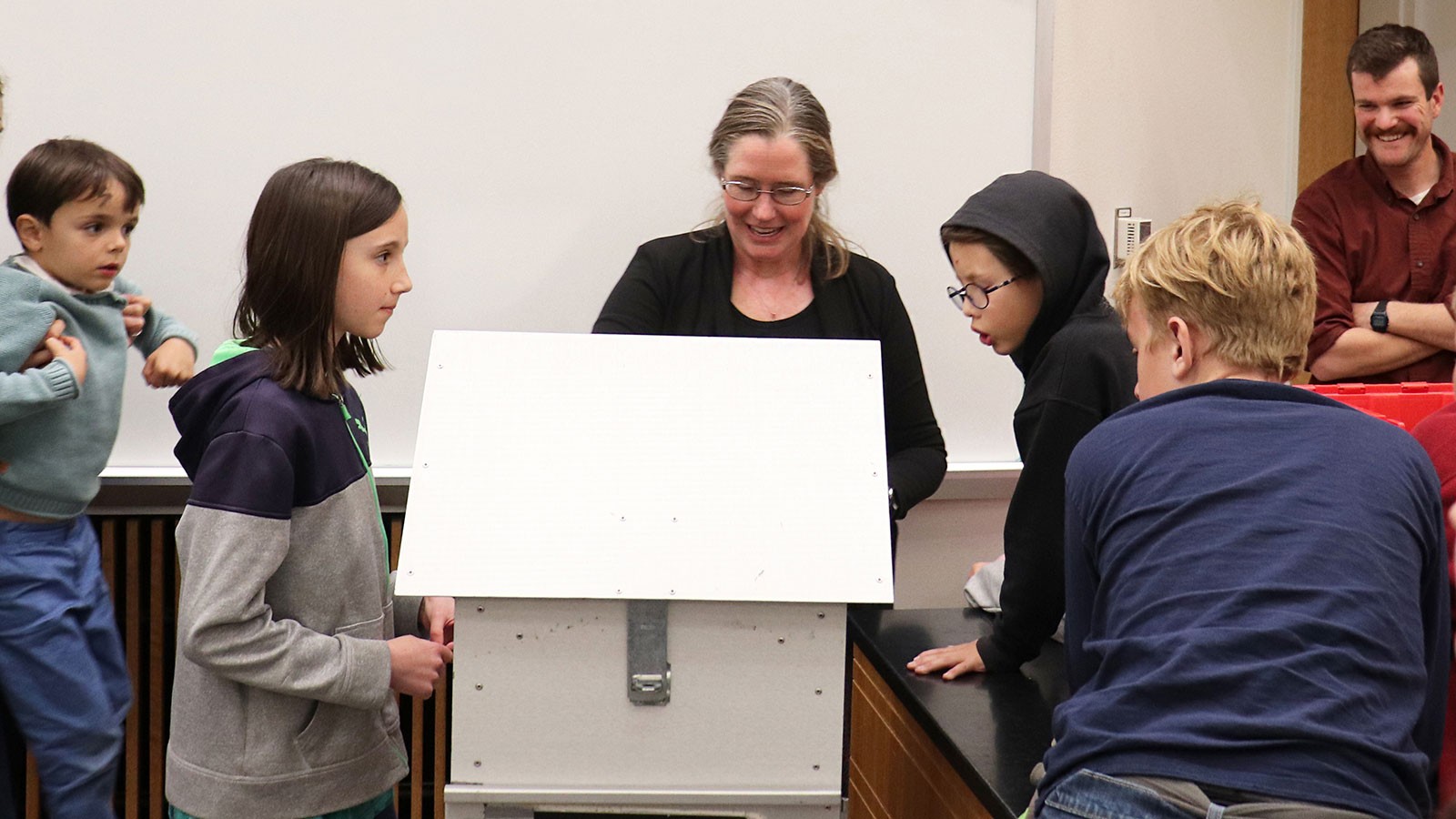 Utah State University professor Kimberly Hageman takes one of renowned naturalist John Muir’s quotes to heart: “Of all the paths you take in life, make sure a few of them are dirt.”

“It’s an approach I recommend for career decisions, as well as pathways through life,” said the environmental chemist as she opened her Nov. 29 presentation during the university’s 2022 Inaugural Professor Lecture Series. Hosted at USU’s Nora Eccles Harrison Museum of Art, Hageman’s lecture was the final presentation of a succession of fall gatherings coordinated by the Provost’s Office to highlight the accomplishments and academic journeys of faculty, who have been promoted to full professor in the past year.

Hageman says her parents took her on her first camping trip when she was just three weeks old.

“So they’re responsible for my love of the outdoors,” says the Montana-born professor in USU’s Department of Chemistry and Biochemistry. “You can take the girl out of the mountains, but you can’t take the mountains out of the girl.”

As a child, Hageman loved spending time in her chemist father’s lab, keeping an eye on the mechanical chart recorder, chugging along and mapping peaks from the gas chromatogram.

“Chromatography is a research technique I love to this day,” she says.

During undergraduate studies at Ohio’s Kenyon College, Hageman discovered the field of environmental chemistry, which combined two of her passions.

“I knew from that day what I wanted to do,” she says.

The intrepid scholar sought advice but judiciously carved her own path. She was advised not to take a break between earning her bachelor’s degree and pursuing graduate studies. Instead, Hageman marched up to University of North Dakota professor Steven Hawthorne at a conference and asked for a research assistant job. (She got it.)

“What I learned from that experience and what I share with my students is: If you want something, be bold and don’t be afraid to ask for it,” she says. “You might get it.”

Hawthorne guided her in super-critical fluid extraction research, an opening into the green chemistry movement, as well as to further opportunities. Hageman conducted research at Alaska’s arctic Toolik Field Research Station (“one of the coolest experiences of my life”) and also pursued chromatography research at South Africa’s University of Potchefstroom. Hawthorne also introduced her to Oregon State professor Jennifer Field, who became Hageman’s doctoral adviser.

For her doctoral research, Hageman commuted to an abandoned chemical plant near San Francisco, where she honed her skills in measuring contaminants in groundwater. At the same time, she met her research colleague, soulmate and future husband, Rob Alumbaugh, currently lecturer and teaching lab coordinator in USU’s Department of Chemistry and Biochemistry.

After completing her doctoral degree, Hageman ignored another conventional piece of academic advice — never pursue a postdoc position where you earned your Ph.D. — and instead enthusiastically accepted an opportunity to conduct research on the atmospheric transports of contaminants to national parks.

Her first faculty appointment led her to New Zealand’s University of Otago, where she taught and pursued research for 11 years as she enjoyed the geological wonders of the island nation. In 2018, deciding to move closer to family, she and Rob, now New Zealand citizens, returned to the U.S. and Hageman joined USU’s faculty.

At Utah State, Hageman and her students explore the behavior and fate of organic contaminants in the environment, including investigating the spread of pollutants through Earth’s atmosphere to remote ecosystems like arctic Alaska or Utah’s drying Great Salt Lake. She also collaborates with colleagues in agriculture and entomology, and she is excited about a newly developed website called the Pesticide Toolkit, which allows users to predict pesticide behavior in agricultural environments.

“I’m so grateful, first of all, to my students, as well as my colleagues and friends, who enable me to pursue projects I’m passionate about,” Hageman says.

Quoting Dr. Seuss’s popular book The Lorax, she encourages all to fight for their “Truffula tree”: “Plant a new Trufulla. Treat it with care. Give it clean water. And feed it fresh air.” 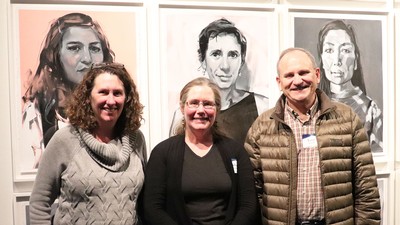 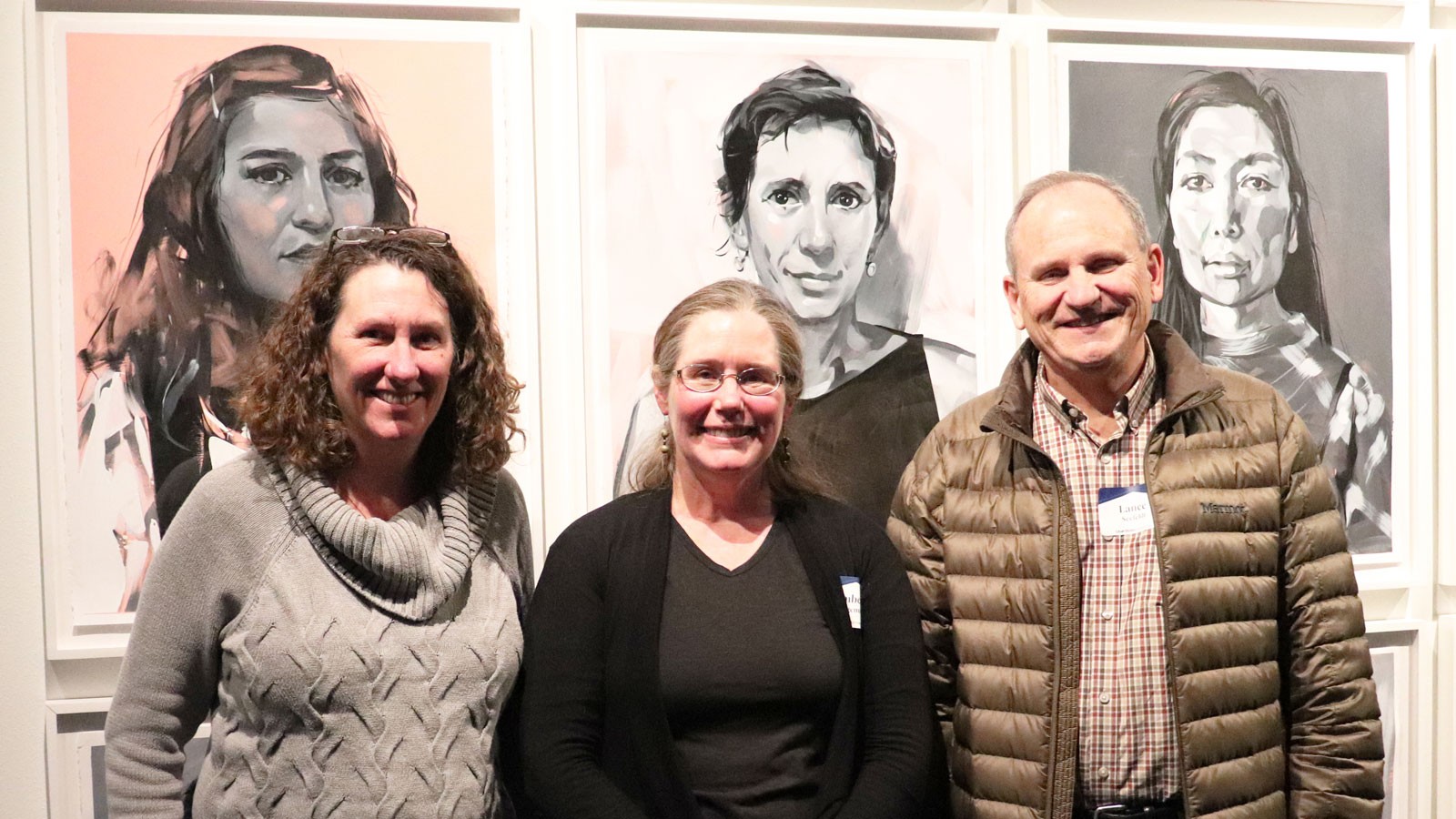