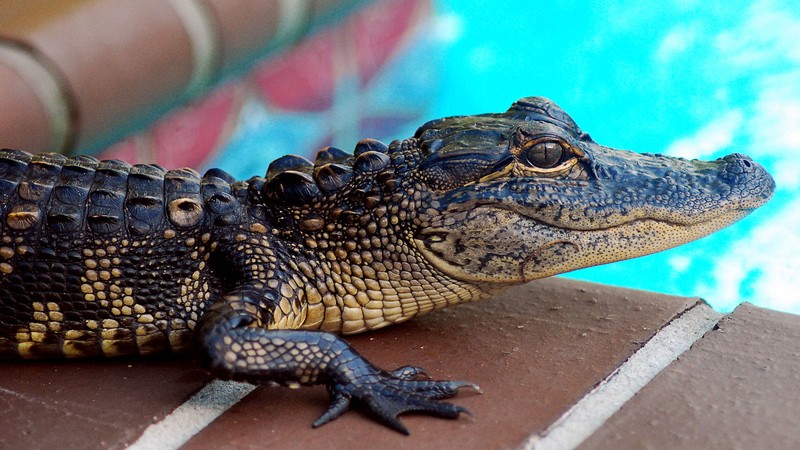 Encounters with wildlife, like alligators in swimming pools, are increasing as more and more humans and animals crowd into the same limited space. A comprehensive new book by Michael Conover and Denise Conover helps managers and researchers understand why these conflicts exist, and how to address them. (Photo by Trish Hartmann) 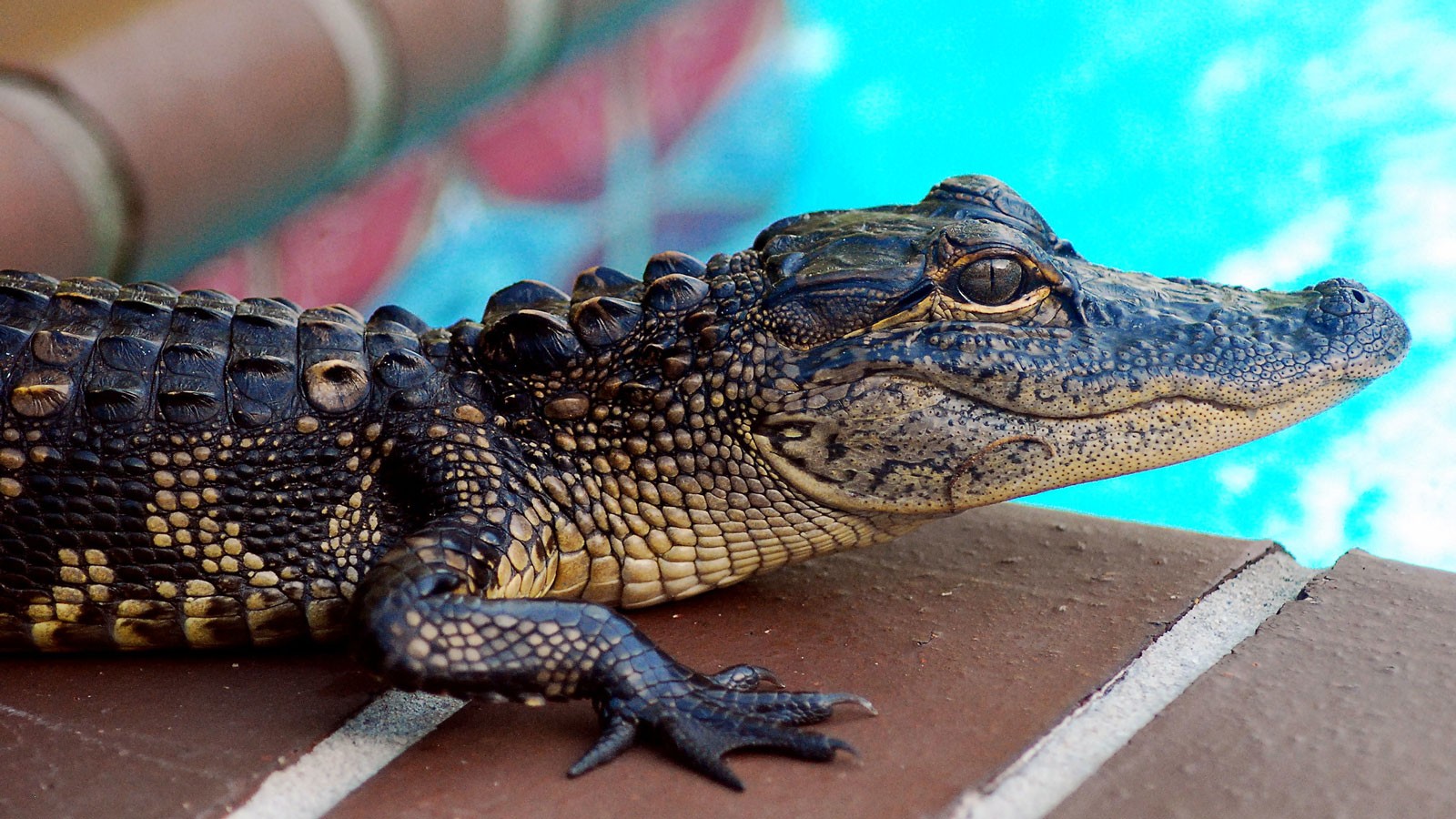 When Michael Conover first published his seminal book in 2002, the title he chose — “Resolving Human-Wildlife Conflicts” — carried a sense of efficient pragmatism. Over two decades, that book became a staple resource for professionals, managers and researchers looking to understand conflicts between humans and their wild animal neighbors.

In a new, thoroughly-revised and updated second edition of the book, he and coauthor Denise Conover tackle the same topic with two additional decades of research, personal experience, and consideration for expansion of human populations across the globe. They’ve also tweaked the title to something more akin to progressive optimism: “Human Wildlife Interactions — From Conflict to Coexistence.”

Encounters with wildlife increase exponentially as more and more humans and animals crowd into the same limited space, said Michael, founder of journal Human-Wildlife Interactions and recognized leader in the scientific field of human-wildlife interactions. Such interactions often turn into conflicts when wildlife threaten human health and safety, well-being, or the food supply.

Take the case of the American alligator, detailed in the book. In 2018, nine alligator attacks occurred in Florida, one of which was fatal. The vast majority of victims were male, with an average age of 35.

The number of reported attacks by alligators is increasing over time — not because alligators are getting more aggressive, but because people are getting used to seeing them around, among other reasons, according to the authors. Around 17% of the injured people were attempting to capture or handle an alligator at the time they were attacked. Many more were swimming, fishing, wading and working in areas known for the animals.

Alligators seem to be losing their fear of humans, too. A century ago alligators would hide or flee at the first sight of a human — because that person was likely to be an alligator hunter. Today, alligators have learned that most people will not hurt them. People even attempt to feed, pet, or otherwise interact with these predators, the authors said.

Certainly, working toward “resolving conflict” between animals and humans was a reasonable strategy in a time when managers relied on wildlife preserves … areas of land set apart, but occasionally visited, by humans, where animals still had room to reign. But wildlife science and management strategy has necessarily shifted, Michael said, to a new philosophy of human-wildlife coexistence — for the simple reason that there isn’t a spot on the planet left where humans haven’t had a significant impact. If animals can’t adjust to living with human populations, or if humans can’t adjust to sharing their space with these creatures, the animals will not likely survive.

In the long-anticipated second edition of the book, Michael, from the Department of Wildland Resources in the Quinney College of Natural Resources, and Denise, a retired senior lecturer in History at USU, note that knowledge of human-wildlife conflicts has expanded much over two decades. From the management of exotic species to considerations for economics, the authors use real-world examples to build on a foundation of current research, descriptive prose, and historical context. From research on intense infrastructure projects like highway animal-crossing overpasses, to the use of bobcat urine to repel rodents, to shark attacks, the book covers a gamut of practical, ethical, philosophical and safety issues faced by wildlife management professionals, students and researchers.

“As the world becomes a more complex and crowded place, wildlife is increasingly at the mercy of society,” Michael said. “Many species can only remain abundant, or return to abundance, if humans allow them to do so. Understanding how and why these conflicts exist is a foundational first step.”