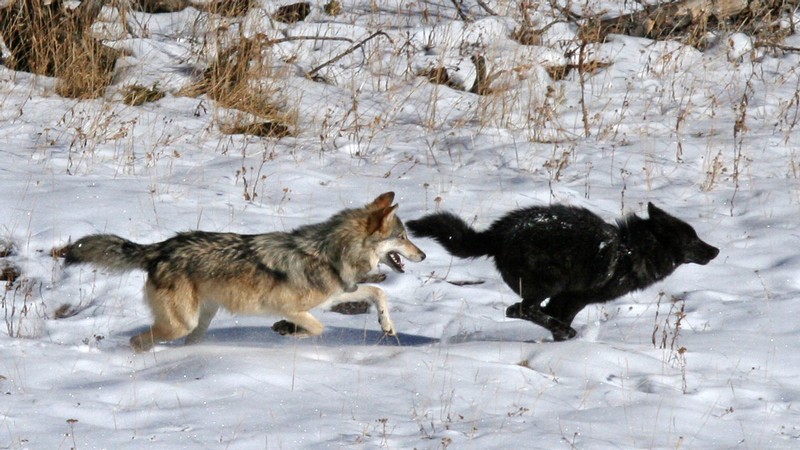 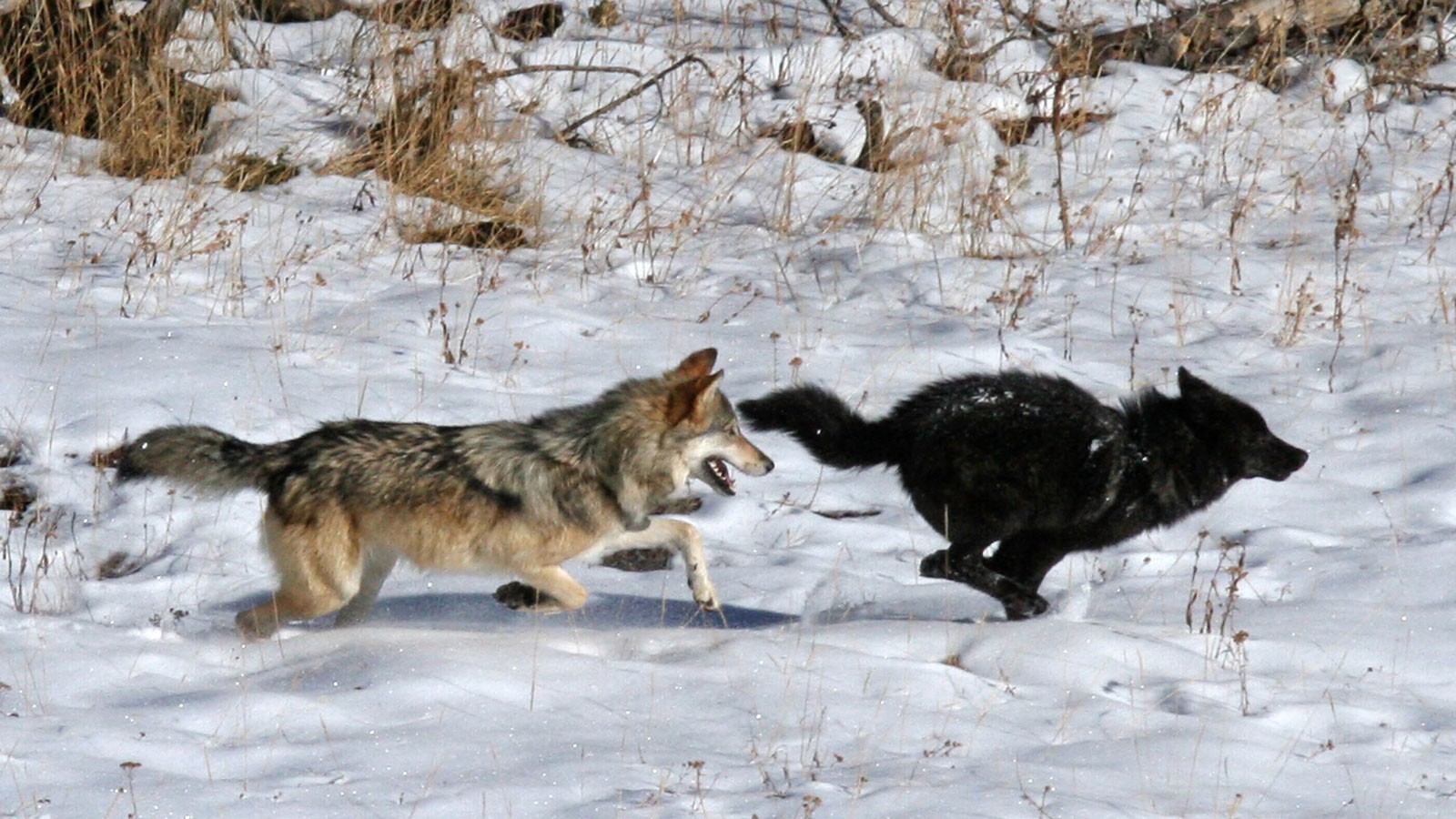 A pattern in wolf populations has long puzzled scientists — the prevalence of black wolves over gray wolves increases southward along the Rocky Mountain crest.

Now a team that includes researcher Dan MacNulty, associate professor in the department of Wildland Resources, has found that changes in the proportion of black wolves may be due to changes in the frequency of canine distemper virus (CDV) disease outbreaks, coupled with the mating behavior of the wolves.

“This study highlights the profound and varied effects that disease can have on the ecology, evolution, and behavior of wild animal populations,” MacNulty said.

Variations in color are often used by animals to assess the fitness of potential mates. The new research, published in the journal Science, indicates that wolves may signal their resistance to canine distemper virus via their coat color, which could enable individuals to identify partners that can provide them with disease-resistant offspring.

The gene for black coat color was likely introduced to North American wolves from domesticated dogs within the past 7,000 years, according to earlier research. The origins of canine distemper are unclear, but one hypothesis holds that the disease emerged in South America during the 1700s through the cross-species transfer of the measles virus — introduced by conquistadors — from humans to dogs.

The research team, led by Sarah Cubaynes from the University of Montpellier, postulated that in addition to controlling coat color, the gene for a black coat might also play a role in protecting against CDV. The DNA region containing the gene also encodes for a protein that plays a role in defending against infections in the respiratory tract of dogs. They predicted that having a black coat would be associated with an ability to survive an infection with CDV in wolves.

To test the idea, the researchers analyzed 12 wolf populations from North America to examine whether the probability of a wolf having a black coat was predicted by the presence of CDV antibodies. The team found that wolves with CDV antibodies were more likely to be black than gray. They also found that black wolves were more common in areas where relatively frequent outbreaks occurred.

The team next turned to Yellowstone National Park, where black and gray wolves are equally prevalent (roughly) and CDV outbreaks occur about every five years. They analyzed over 20 years’ worth of data from the wolf population at Yellowstone and found that black wolves — specifically those with a single copy of the gene that causes black coat color — were more likely to survive CDV outbreaks than gray wolves. Black wolves with two copies of the gene were less likely to survive, even in the absence of a distemper outbreak, for reasons that remain unclear. As a result, such “homozygote” black wolves are quite rare in the Yellowstone population.

But this didn’t explain how both coat colors are maintained. This led the team to hypothesize that in areas where distemper outbreaks occur regularly, as in Yellowstone National Park, wolves may choose mates of the opposite color to maximize the chance their pups would have black coats. Although black wolves are more likely to survive CDV outbreaks, gray wolves have higher reproductive success, so black wolves do better when CDV is prevalent and gray wolves when it is rare.

“The influence of humans on the biology of North American wolves is quite deep, given that the gene for black coat color likely originated in domestic dogs, which humans introduced to North America thousands of years ago,” MacNulty said.